A few weeks ago I had started on three knife sheaths. Got a little side tracked in my pursuit of learning to carve leather, so I put these aside until today. The idea for building three sheaths at once was to help speed up the learning process a bit. Each stage could be repeated a few times until moving on to the next one. However, I found that I made one mistake on one of them and repeated it two more times on the others! Today was all about fixing that mistake, it’s important as a craftsman to be able to backtrack and fix things when you mess up. You certainly don’t want to have to throw away a bunch of work for a small mishap. 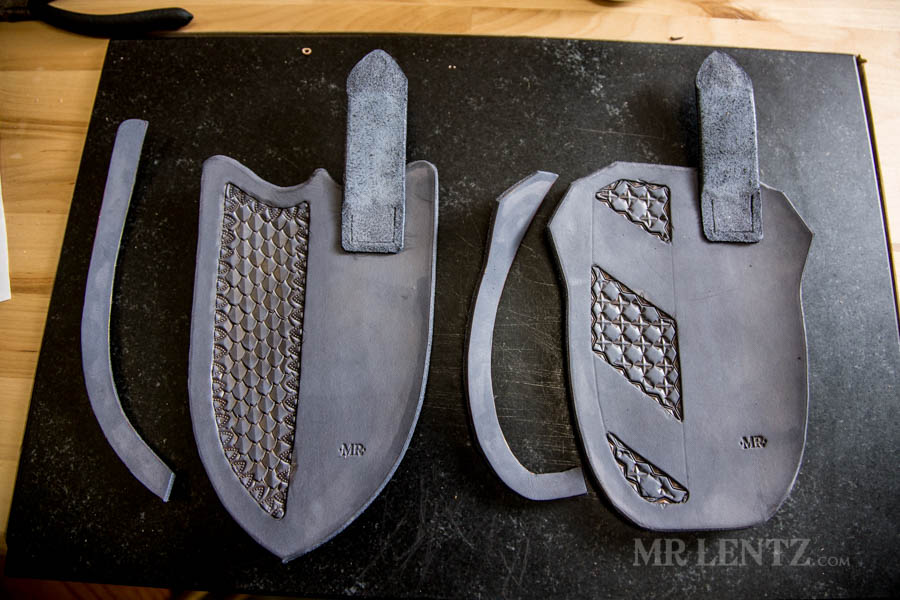 I dyed two of the three sheaths black using a natural vinegroon recipe in use in the old west. It looks a bit bluish in the photos but after oiling them up they will darken considerably. 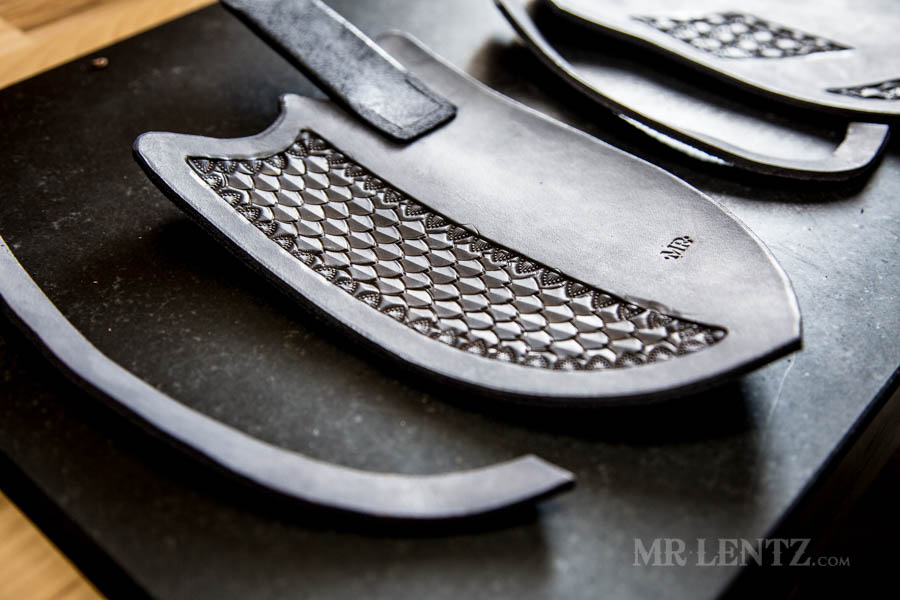 Above I have attached the belt loop with a bit of glue, punched the stitch holes, and cut a groove for the stitches to sink into so they don’t get worn down when pushed up against a belt. 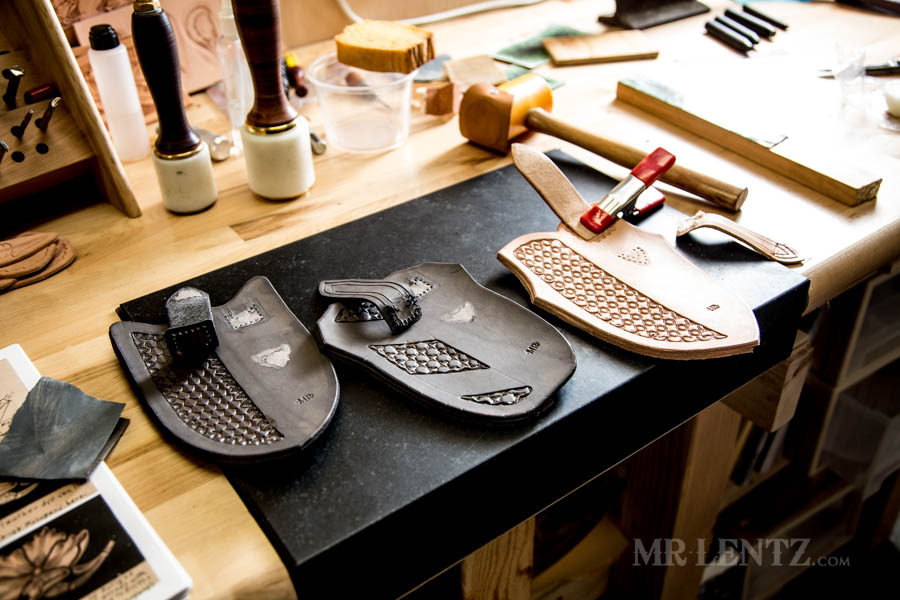 After repeating that step three times, then going ahead and stitching each loop onto the sheath, I realized I had forgotten to bevel and finish the edges on the loops. Kind of hard to do once attached to the sheath. 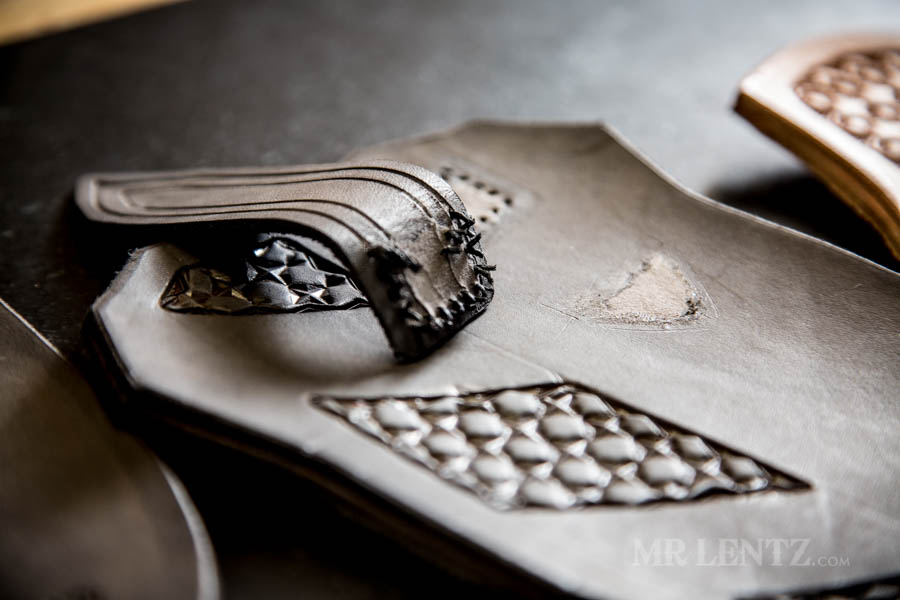 Here you can see how each individual stitch had to be carefully cut – I used a very sharp clicker knife to get them down in the groove. 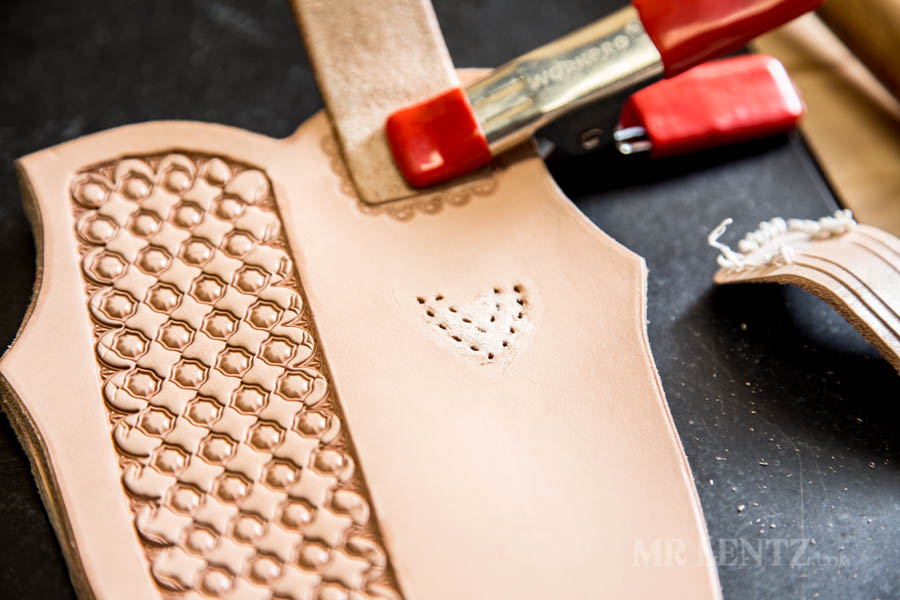 Once new loops were cut, I beveled the edges, skived the tops and bottoms for a more flush fit, then waxed and burnished the edges. Now I’m just waiting for the glue to dry. 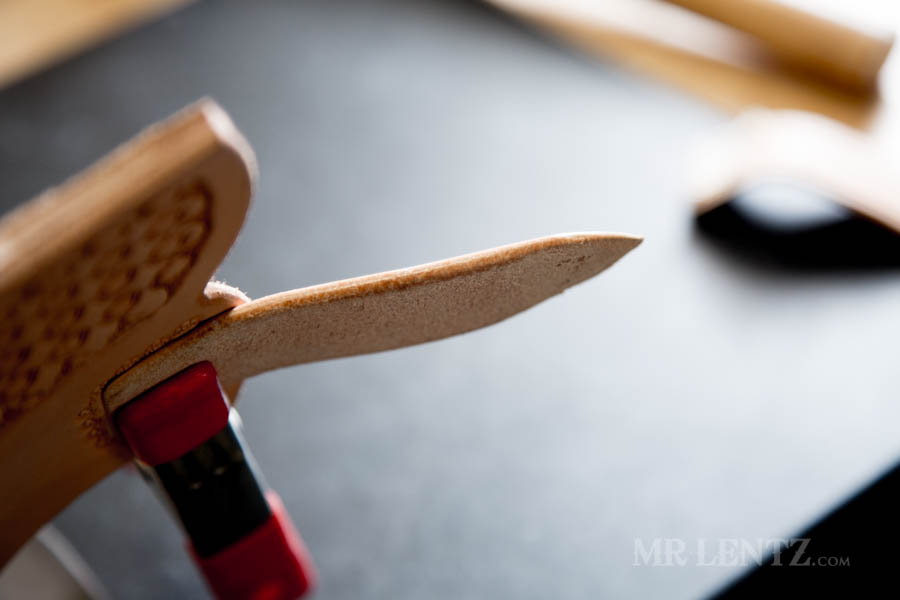