The last few weeks I have been focusing on learning to properly carve leather. It’s a monumental task to learn it as I am finding out. But…not rocket science! The first thing to master in leather carving is the use of the swivel knife. That’s the tool shown in the video above. It’s a very small cutting edge attached to a swiveling handle that allows you to cut into the leather along a design that you have traced. You use the swivel knife mainly to allow more depth when you get to the stamping phase of carving. By cutting the leather, it can then be compressed further than normal. 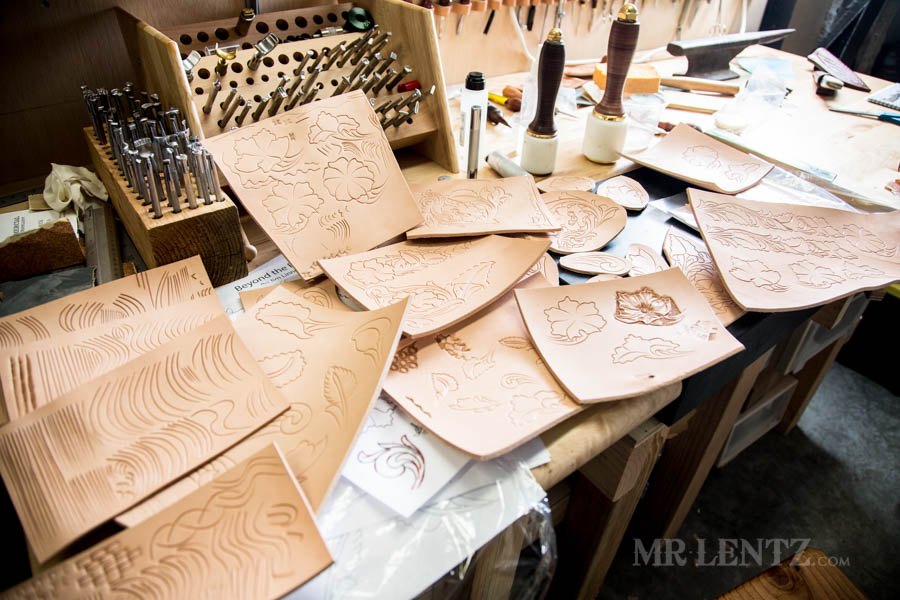 Here’s a glimpse at some of the progression – on the left is where I started. Basic straight cuts, curved cuts, and feathered out cuts. I have then been moving on to simple shapes of leaves and flowers. On the far right and a bit hard to see are some patterns that combine the flowers, leaves and vines into more complex pieces. 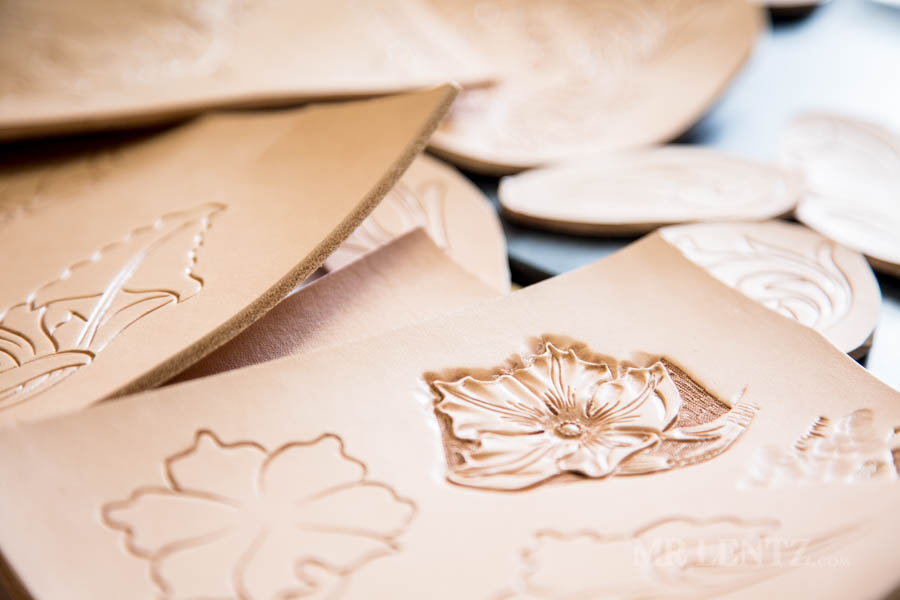 This is only the first step – next is all of the stamping tools that need to be used to further carve out the design. Above I decided to mess with one of the flowers while taking a break. 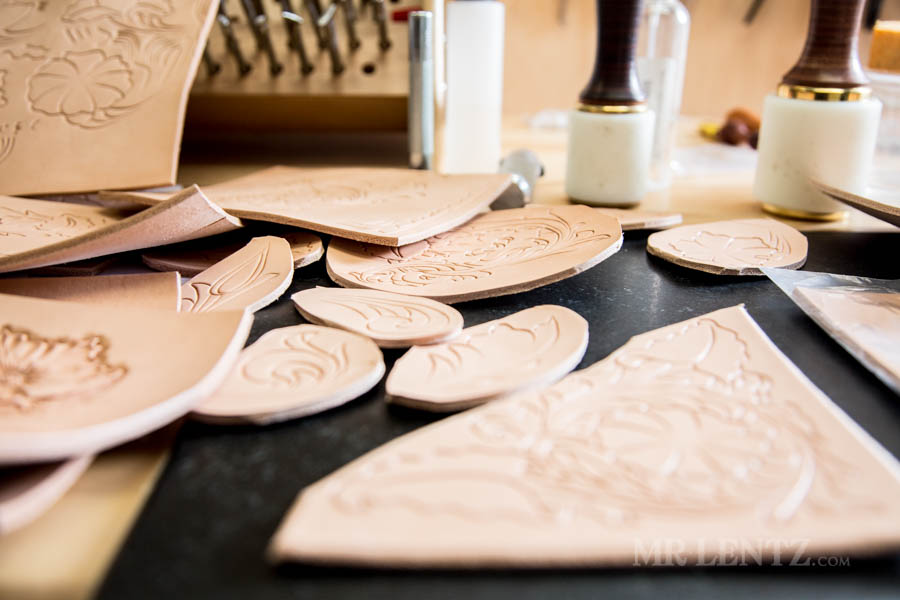 There are two things that I have found to be extremely important to get a good swivel knife cut in the leather. 1 – you have to case the leather properly, no shortcuts there! Wet the leather with a sponge on the top grain side only a fair amount, then let it sit out and soak in until the color lightens almost back to normal. Getting that part just right helped me go from stuttering and jagged cuts to being able to cut it like butter. 2 – Start with a sharp swivel knife and strop it often while carving. I’d say I strop 5 swipes on each side after about 10 inches of carving. You will soon notice the difference in drag. That’s all I got for now! Come on back later and see my progress with the stamping side of things.