In Nebraska they are shooting windmills. Picture this…a bright red Ford f-350, 10mpg, cruising at a brisk 60 miles per hour. A long, very long, straight highway stretching to the horizon. A stiff breeze at 20 knots out of the southwest. Something unusual in the distance – a hill, a mere 4 foot high rise in the road, and up over it comes the truck barreling down the asphalt with two homegrown locals, pigeon-eyed in the front seat. The passenger side window slowly rolls down, the long barrel of a .308 caliber deer rifle pokes out into the air, the gas pedal is pushed to the floor.

On the horizon looms the lightly silhouetted shape of an enormous 410 foot tall, white gentle giant, easily turning in the current of wind.

In the guzzling truck the passenger cocks his rifle, reaches down between his legs to grab another sip of Bud Light then centers the beast in his sight. Now closing in at 85 miles per hour the driver positions the truck adjacent to the twirlingly tall pest. The giant picks up speed, twirling ever faster as the breeze picks up.

Then, when the time is finally right…..

the driver hits the brakes, turns off the road, pulls up right next to the wind turbine. The keys come out of the ignition, the men jump out of the truck, take another sip of Bud and throw their cans to the ground. The licensed gun owner proudly aims his rifle high into the sky and fires away. POP, CHK CHK, POP, etc….. etc….. etc….

Now there are holes in another windmill in western Nebraska. And in fact this is not an unusual event. Back in the 1920’s the majority of rural communities in the Midwest and beyond were powered by windmills. As more and more people migrated West large energy producers saw the opportunity and various coal powered plants were erected. One day, someone got the bright idea that shooting up the wind farm would force the locals to buy all of their energy from the newly built coal power plant. And well, they have been shootin’ holes in them ever since, except now they have no reason – it’s just plain ‘ol country fun! A month ago I had the exact opposite idea to shooting up a windmill, instead I thought I should try and build one. After all I don’t drink Bud Light, so why not!?!?

The setup is simple, the plans that you can find online are 90% complete (here and here), and the parts can be mostly taken from your local salvage yard. In fact I would say that about 90% of the materials used in my wind turbine are repurposed recycled materials. For example – my generator is an old treadmill motor. My support beam is actually a skateboard grinding pole. The tail is a piece of scrap sheet metal found in my garage from a previous tenant. I shaped the blades myself from a recycled piece of pine wood. The batteries will be coming from old golf carts from my local golf course. You get the idea. This thing is a Frankenstein, but that’s the beauty – most everything was dirt cheap and readily available. I do have to admit that it will take a while to find all of the parts, I am still working on getting the tower components so I can erect this beast next week. But seriously people, if I can do this – I can guarantee your aunt – godmother – and siamese twin sisters should have a good shot at it as well. So close your ears and open your eyes, here is a way to put your hands to work to build an efficient, affordable and simple wind turbine system that could theoretically power your house* (*if you erect a few of them together). The directions stated that you should build the blades out of a large 10 inch diameter PVC pipe meant for drainage. After cutting through this thing with a hacksaw and a bit of Raw Red Headed Power, I realized I was left with a pile of micro-plastic on the floor of my workshop. Normally I wouldn’t think anything of it, but I recently had a serious conversation about the aforementioned with Miss Slice of Feist. I will sum it all up in the next sentence: Micro-plastics are microscopic particles of plastic from everything ever made from plastic, circa 1856, that is now starting to saturate our oceans, soils, streams and get into the world’s food chain. It may not be in the news now, and we may seem like conspiracy theorists, but if you don’t believe me – I always know that Wikipedia will back my ass up. In the end I chose to carve my blades from wood by hand using a draw knife, then sand out the curves to create a cambered wing shape.

I spend most of my free time creating tutorials like this to help those like yourself get into leatherwork and woodworking, or get better at it. If you'd like to support my efforts, consider checking out my handmade leather goods shop and purchasing a gift for yourself or a loved one. It's readers like you that help keep a small U.S. business like mine going strong, so -thank you! So I leave you with this, we are at the forefront of an energy crisis. Most of us will be counting on our politicians to make the right decisions…but why not take matters into our own hands and take the initiative to solve a few problems in a grass-roots way. Building a wind turbine might not solve our need for petroleum, but hey – maybe you will be able to hook a few up together to charge your electric vehicle battery…. just do me a favor and guard that gentle giant with a shotgun. 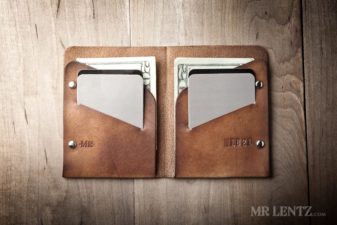 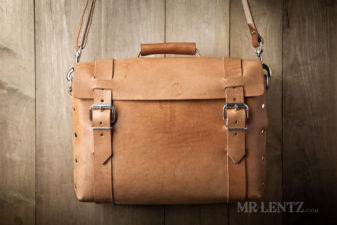