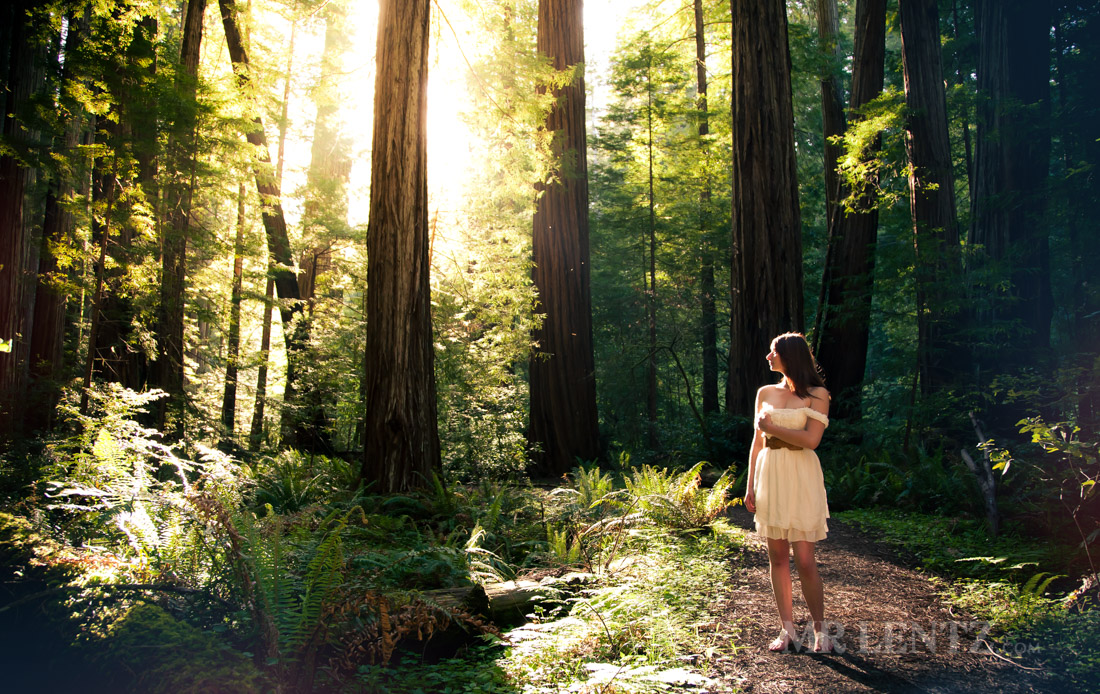 Road trips rule. Redwoods rock. And Redheads rejoice. Here’s Erika Foster of Eureka, CA posing for a shot I took that will be part of a new series of work I am developing. Connecting women, large groves of trees, and a non-profit that aims to save the world (and ultimately you and me, because let’s face it people – we care about our own existence a wee bit more than anything else).

If you have never been to the Humboldt Redwoods State Park just south east of Eureka…go, now. This is a place place filled with the most lush forests outside of the Amazon. In fact, in certain parts it probably does rival the Amazon considering that each day another 80 acres has burned to the ground. In these Redwood forests there are trees so large it takes 20 seconds just to walk around their trunks. Massive beasts, towering over you in their prehistoric glory. Some were just quaint trees during the birth of Jesus, if you believe in him, hopefully you don’t believe in the rapture because that sure as hell passed. 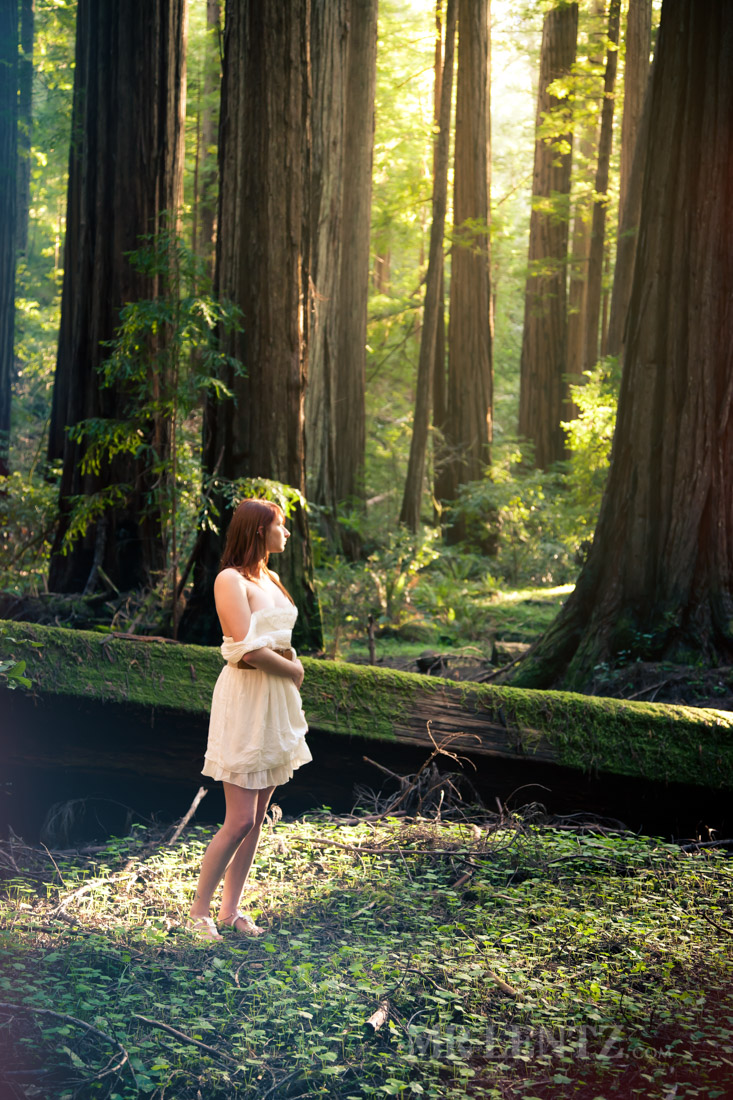 It is so spectacularly quiet. I can’t really remember even hearing any birds, bees or anything, though I knew they were there, watching. What you see above is the direction I am going in for this series. Basically I will be hiring local women to come pose naturally in a dream-like setting in the forest. Eventually I will have collected enough images for a gallery showing and non-profit benefit. Anyone know of a ‘save the world’ non-profit that would like to help sponsor a show (and I am not talking Greenpeace here people, I have enough crazies harassing me from past Craigslist sales) ? I need something smaller, more grassroots, possibly even something to do with that abominably large floating island of plastic located in the middle of the Pacific Ocean… but then again it doesn’t seem like too many people even want to think about that (kind of like the mold that grows at the bottom of the trashcan), so I might just have to start my own org. Anyone want to be Vice President? There are many more shots to come, but I thought I would throw this out there to stir up yer tonsils.

7 thoughts on “Preview: Damsel in the Redwoods”