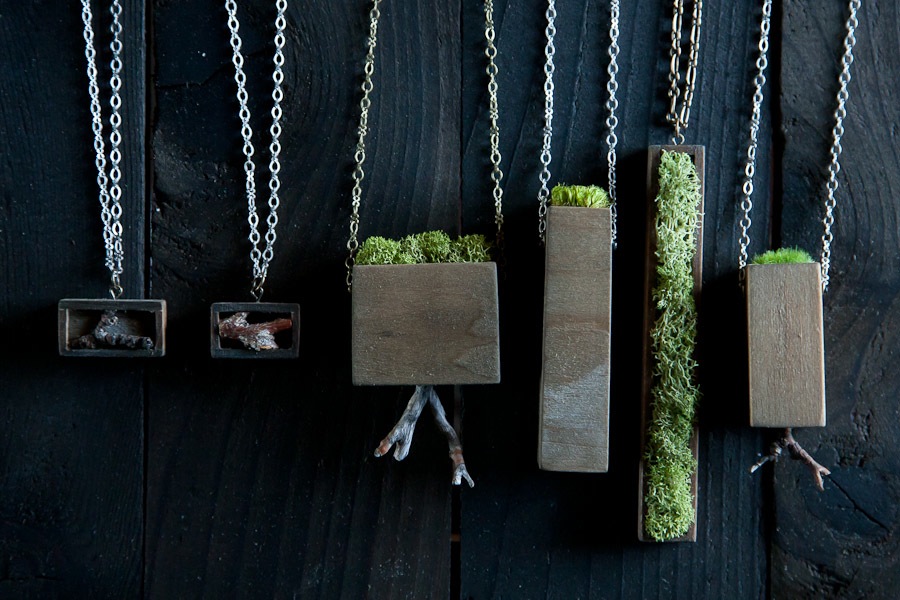 After returning from my jaunt through the Redwood forests of the Pacific Northwest I realized that I itched allllll over. Luckily for me the cause of thine itch was not the abundantly growing and epidermally irritating brush with poison oak (the likes of which sprout every four inches on any trail you take in these woods… leaves of three let them be, but more on that later, you see.). No, I had a deeper and more exhaustive itch.

Thus one would then question the next probable action of checking for ticks in my loins. None to be seen.

This itch was the general desire to create works that would include some notion of the abundant, growing on everything, life that exists in those Redwood forests. In a very unusual turn for me I decided to take up the delicate craft of jewelry making. Let me reinforce the fact that if you take me into a jewelry store my eyes simply go numb, they blur, my brain turns to puss. The only way this could possibly become of interest would be to create something that reminded me of my favorite part of the world…these forests. Taking thin slices of wood, cutting them into sections with a razor blade, staining them from an all-natural concoction that took me a month to perfect (including black tea, vinegar, steel wool, and flax seed oil… but more on that later), attaching an array of natural moss, selecting the appropriate type of chain, photographing, and then posting them for sale here in my shop. Ahem…feel free to buy one, they are one of a kind and extremely affordable. 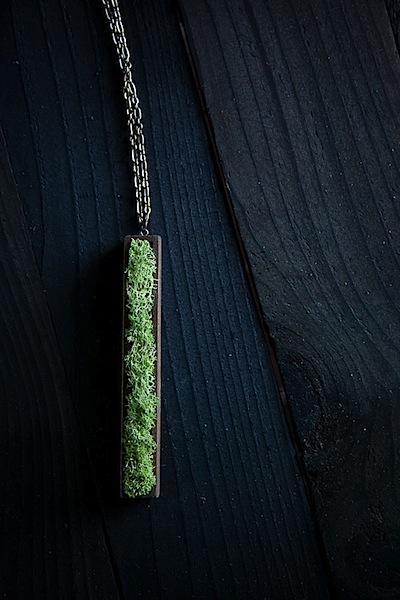 … which brings me to a topic that is the driving force behind the works that I am creating…. 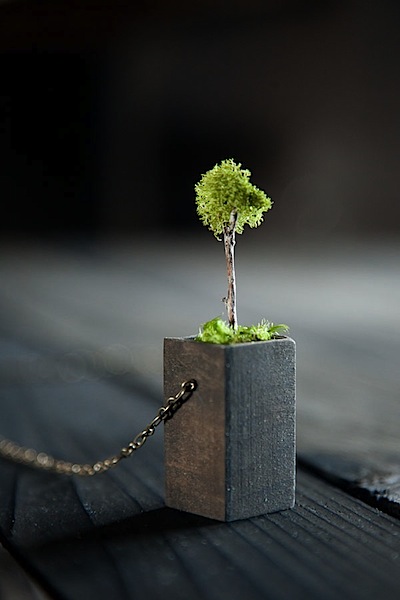 I have decided not to give in to commercialism by creating, in mass production form, 50 of each style, kind and variety. Instead I am finding that it is best to continue creating and designing new prototypes each time and not give a whodilly rats ass if they will be liked or not by the public – this means you. It is all too easy to give in to that urge to create what you think people would like to see. Thoughts fly through my head… maybe I should cut out ten of these and create them all the same so I have some backstock in case they sell well… Well you know what? Screw that. I have a day job. My brain likes to make new things by acting on the brief whim of a new idea. Too much of what I actually do for ‘work’ requires me to sacrifice my own creativity for money and that’s not what this new craft movement is about, that’s what ‘work’ is about. It’s time to make things how we want them to be and hope that there will be a few souls out there that will appreciate you just because of that. 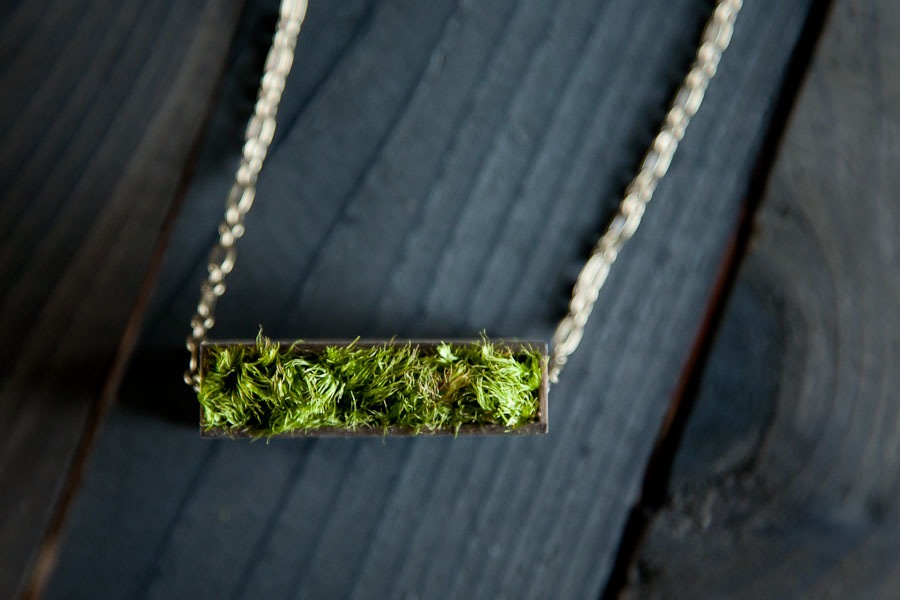 8 thoughts on “Nature in a Necklace”